“Ligand-Controlled Stereoselective Synthesis of Heterotactic Polylactide with Titanium(IV) Complexes” by Yeolib Jeong, Minjoong Shin, Myungeun Seo, and Hyunwoo Kim was published in Organometallics. This work was done in collaboration with the Hyunwoo Kim group in the department of chemistry, KAIST who developed the lactide polymerization catalyst.

Polylactide is one of the most popular bioplastics commonly derived from corn. Its synthesis typically involves ring opening polymerization of lactide, which is a cyclic dimer of lactic acid. While semicrystalline poly(l-lactide) is industrially produced, stereocontrolled polymerization of d,l-lactide (also called rac-lactide) can produce quite different polymers depending on the tacticity. The extreme cases would be atactic (from the random sequence), isotactic (enantiomerically pure), and heterotactic (alternating).

In this work, we employed Ti(IV)-based catalysts for the rac-lactide polymerization. An achiral and rigid NO3 ligand, uniquely produced in the Kim group from 2,2′-dihydroxybenzophenone and salicylaldehyde derivatives, was found to be effective to produce heterotactic PLA with high stereoselectivity (Pr ~ 0.89) via the chain end control mechanism. Density functional theory calculations suggested the preference on the heterotactic sequence comes from the ligand effect for stabilizing octahedral intermediates or transition states. 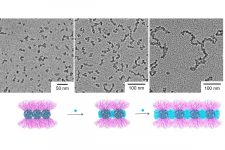 Welcome Jimin Yoo to the Group! 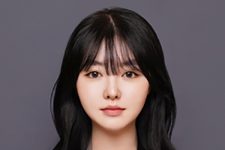