Homochirality on earth has evolved to favor one enantiomer out of the mirror-image pair exclusively. Such predominance of one enantiomer implies that there were (at least) two main events in the prebiotic stage: symmetry breaking in the racemic mixture and amplification of the asymmetry. Circularly polarized light (CPL) has been considered a possible deterministic source that could slightly enrich one isomer by an asymmetric photochemical reaction. Because the different isomers show different extinction coefficients in the absorption of l– and r-CPL expressed by the anisotropic factor g, a slight enantiomeric excess (e.e.) can be created. The chiral bias can be transferred to other molecules and amplified through helical self-assembly to result in supramolecular chirality. While it would be reasonable to assume that the handedness of the incident CPL would be random in this light-driven chirality induction and amplification process, the everlasting homochirality suggests that there would be a point of “no return” once the e.e. is accumulated over a critical point. While CPL and molecular chirality could simultaneously influence the emergence of supramolecular chirality before this point, it has been an open question which handedness the supramolecular polymer will follow. 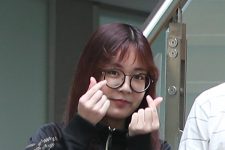 The JACS paper was covered by the press 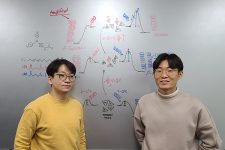